This is the BMW i3, a car that is somewhat overshadowed by the super-sexy i8 supercar that was launched at the same time. Both the i3 and the i8 are the result of a £2 billion investment by BMW in its still relatively new iCar programme – a programme that the company hopes will help it rewrite history by taking electric cars mainstream. Andrew Merritt-Morling, our road test editor, drives one to see whether the Range Extender is worth swapping your conventional combustion engine car for.

The i3 comes in two formats: a fully electric version and this, a Range Extender that combines electric power with a small engine for around an extra £3k on the list price. What you get is a hatchback that exudes confidence in a way that only BMW can. This confidence may perhaps help explain why the Bavarian manufacturer has gone for an unorthodox approach, designing a car that is surprisingly bulbous with rear coach doors, but which still manages to be both cool and chic. 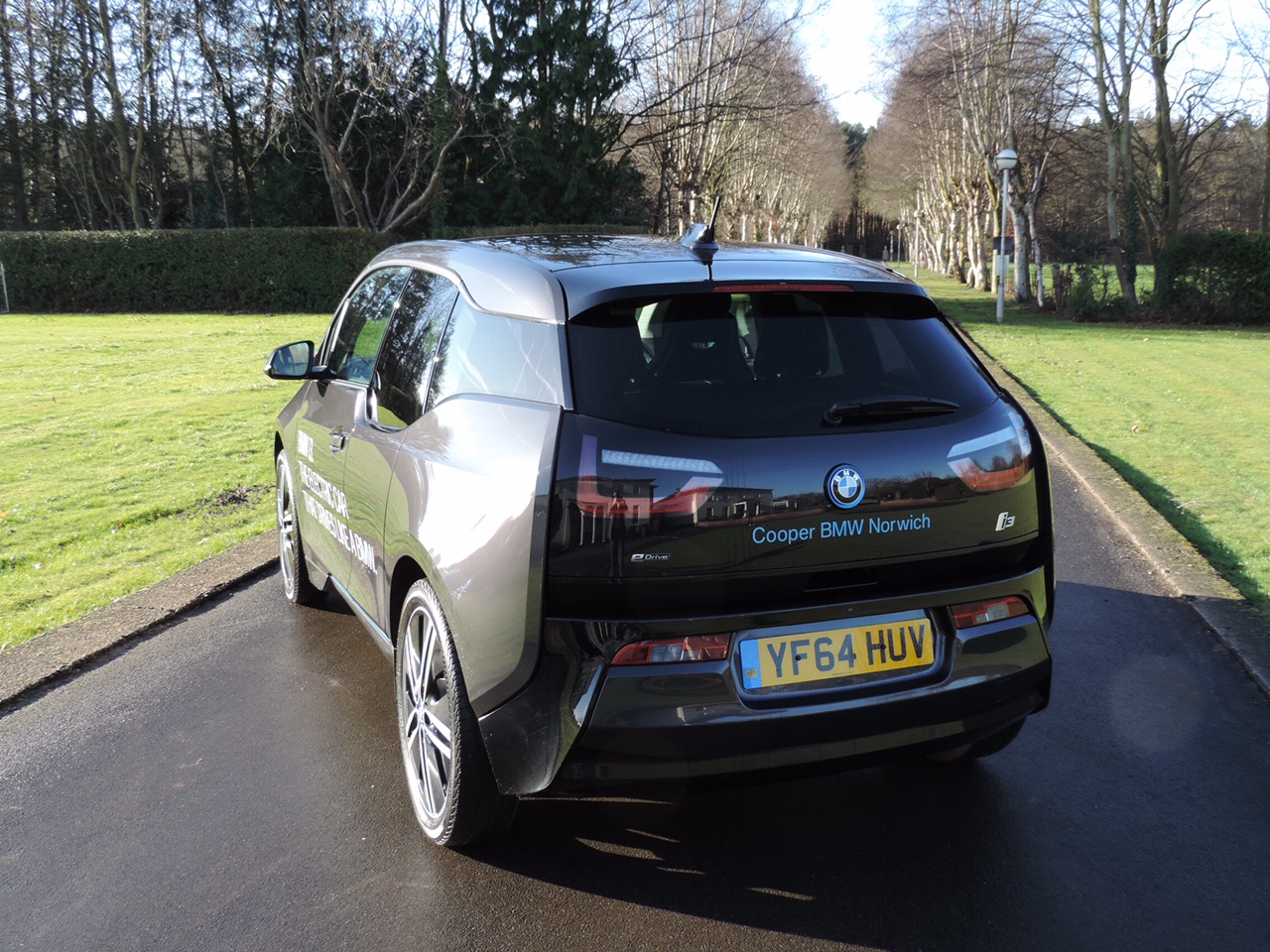 Hidden deep beneath the i3’s carbon fibre, aluminium and plastic carcass is an electric motor mated to a 647cc two-cylinder petrol engine donated by a BMW scooter. The engine has been located beneath the 260-litre boot and produces a paltry 34bhp and 41lb ft of torque. But whilst that sounds insignificant, now is the time to point out that at no time does the engine ever directly drive the enormous 19-inch wheels. Instead, the engine acts as an electricity generator, extracting fuel from a tiny 9-litre fuel tank to power the electric motor when the electric power drops to 3.5%, equating to a range of around three miles. If the driver wishes, they can manually set the battery charge to a predefined level, and when it is reached the motor will always kick-in, ensuring there is always plenty of power on tap. 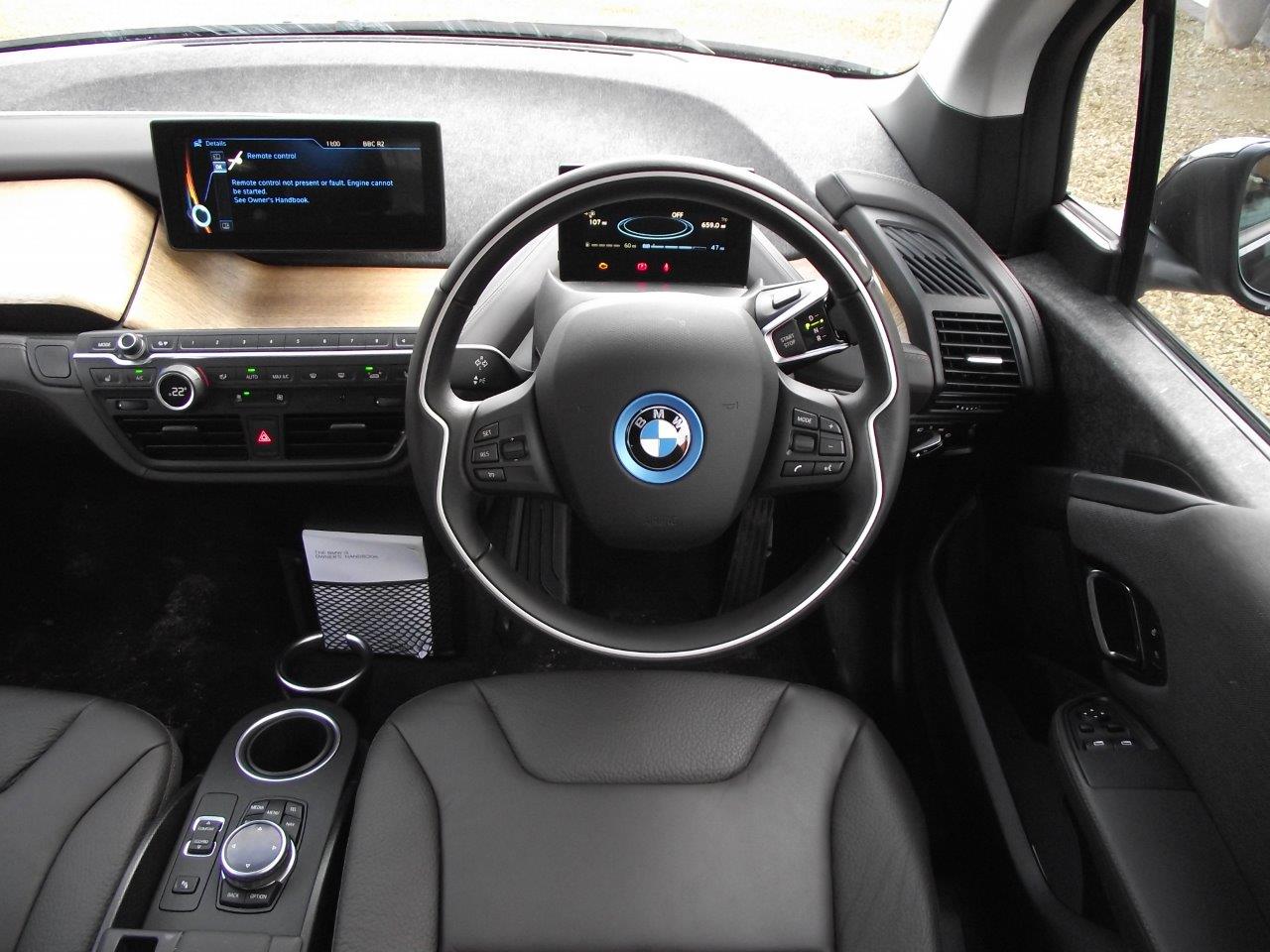 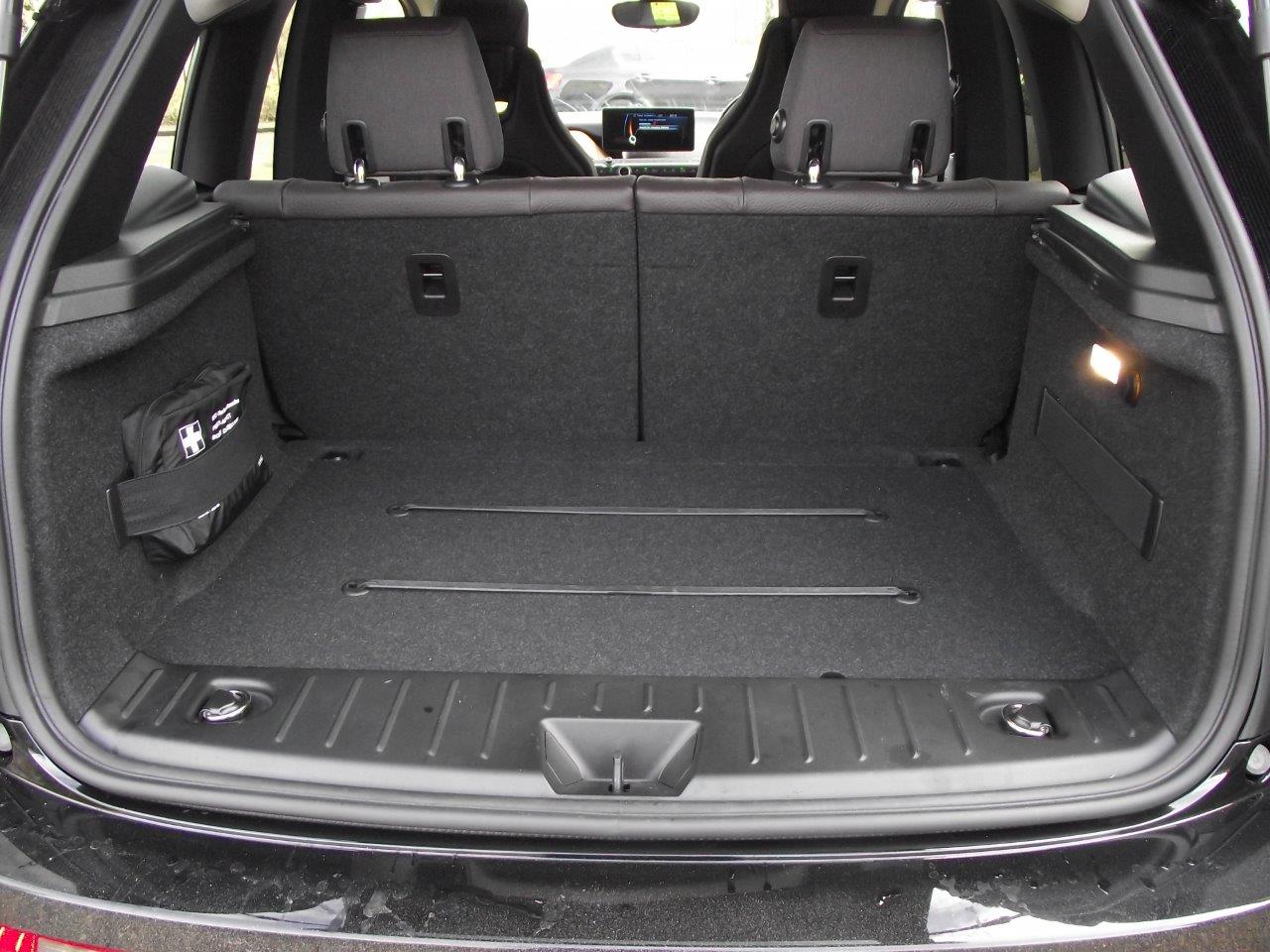 When that limit is reached, the engine bounces into life. On the move it is reasonably quiet and switches off automatically when you drop below 8mph or if there is a bit of life left in the battery. If the cells are completely flat, the engine runs all the time, in order to replenish power back into the battery. Once the battery is back over the predefined power limit the engine cleverly switches back into dual mode.

With 80% of commuters traveling under 40 miles per day, BMW believes the majority of i3 Range Extender buyers will buy it as an “insurance policy” but quickly come to realise that they don’t actually need it and are more than able to do most of their driving on electric power alone. This has been seen in the sales figures with around 60% of customers opting for the range extender versions, and this is why the German premium car manufacturer hasn’t developed a bespoke engine for the car, as it may not be necessary in future models.

As it is, taken together the i3 Range Extender is able to travel up to 186-miles, depending on weather conditions, driving style and traffic. In an ideal world, that would be enough to get you from London to Sheffield. In pure electric mode the range is 75 to 93 miles. After charging ours, we were shown a range of 75 miles, although this steadily increased around town thanks to the sharp regenerative braking – a standard feature of the i3 Range Extender. Charging the i3 is simple. A standard 3-pin plug can be used with the BMW standard charging lead, or if you have a wall box, you can use a universal type 2 charging lead. BMW offer fast-charging options (0-80% battery in 3hrs) with their iWallBox. You could also take advantage of the Government EV Charging Grant and get 75% off your installation of a 16a or 32a fast-charging box. BMW also offer other charging schemes that are available for you when you are out on the roads. 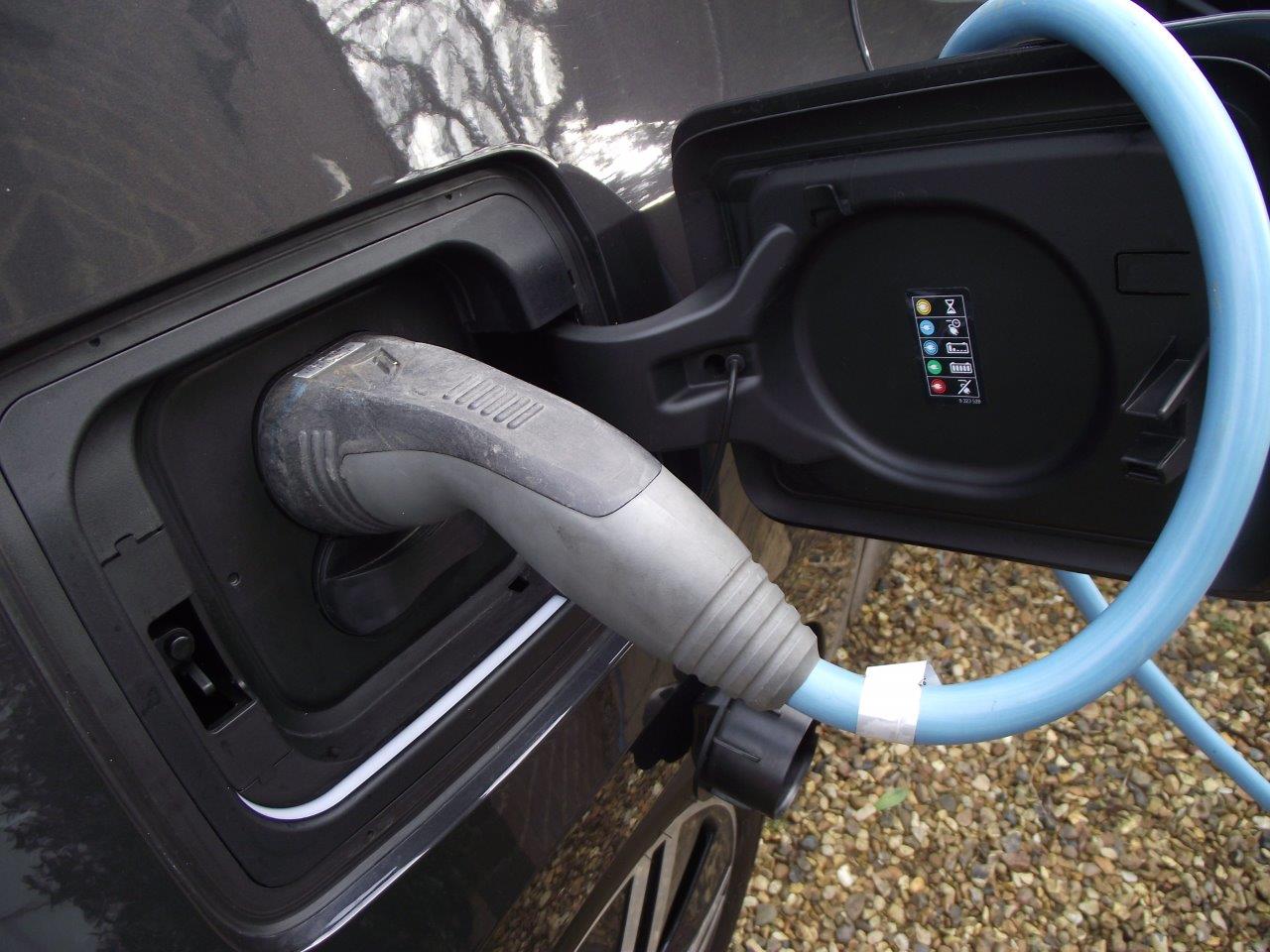 The electric motor produces a very healthy 168bhp, and despite the vehicle weighing between 1,195kg and 1,270kg it is still able to sprint away from a standing start and on to 62mph in a smile-inducing 7.9 seconds before topping out at 93mph. The smile is evident because it actually feels a lot faster than the stopwatch demonstrates – made possible by a very useful 184lb ft of torque (pulling power).

According to official government statistics, the i3 Range Extender is capable of returning 470.8mpg on the combined cycle and emits just 13g/km of CO2, meaning that if you run one as a company car, it attracts a 5% BIK (Benefit-in-Kind) company car tax rate, whereas the pure electric version attracts zero company car tax. As well as being free from road tax, the i3 also benefits from being Congestion Charge exempt.

BMW are proud to proclaim that they build the “ultimate driving machine”. Does the i3 match this claim? Yes, when comparing this to other EV’s. It is fast and fun to drive and exhibits excellent traction. It is beautifully weighted, with steering which is quick to respond, and which is underpinned by an agile chassis that takes a wheel-at-each-corner stance. Its ride is commendably fluent.

Inside, it has an intuitive layout to the cabin without any surprises. On the move the interior is quiet, comfortable and refined. This allows you to fully enjoy the wonderfully-simplistic layout and nimble dynamics. 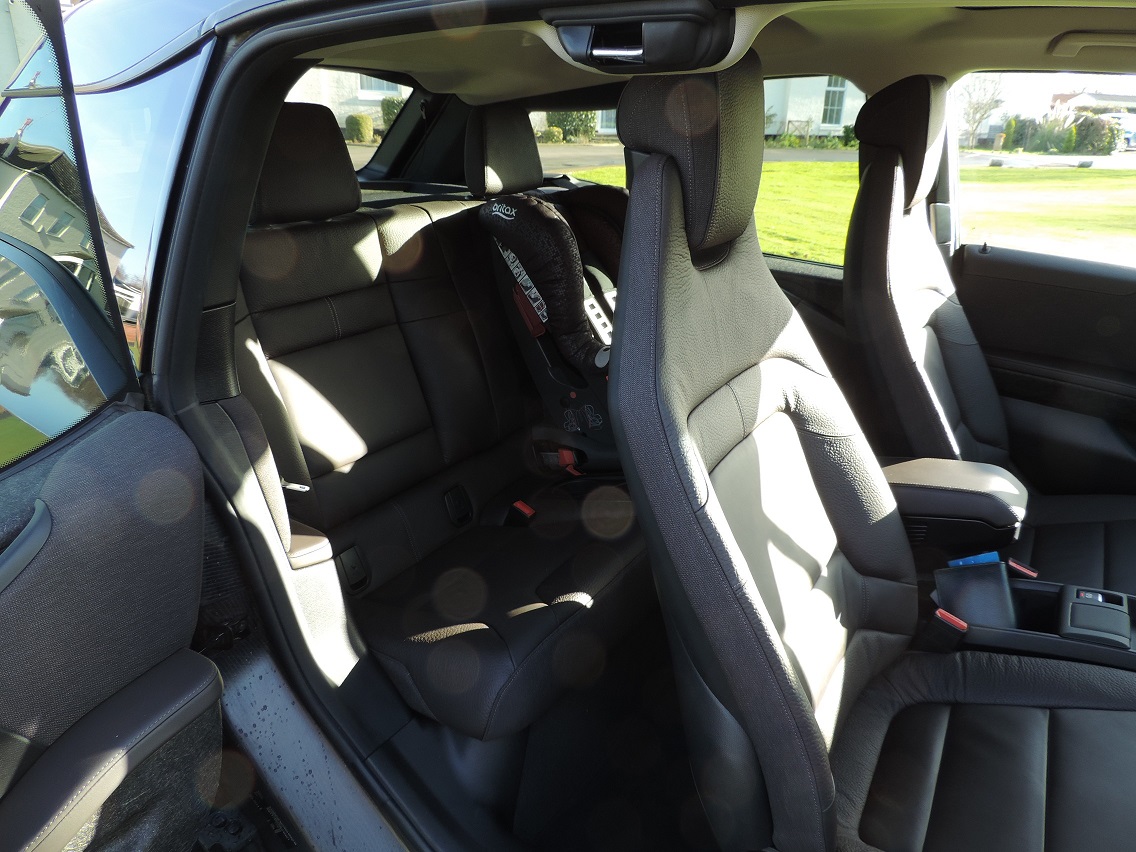 For those that still have anxieties about the range offered by pure electric cars and are not able to hold their nerve and go all electric should consider the i3 Range Extender – especially if there is a mix of urban and rural driving. However, if you live in an urban area and predominantly use your car in town or city, then we would save the £3,150 premium, pluck up the courage and plunge for the pure electric i3 instead. If you are put off because a few times per year you do a longer than usual journey, BMW offer their BMW Access scheme. This guarantees you a car from a BMW dealership for a period of days depending on how many points you have managed to accumulate . i3 customers automatically get 700 points awarded to them for free and this will be enough to secure-you a 1-series BMW for up to seven days. Now that is a good offer. 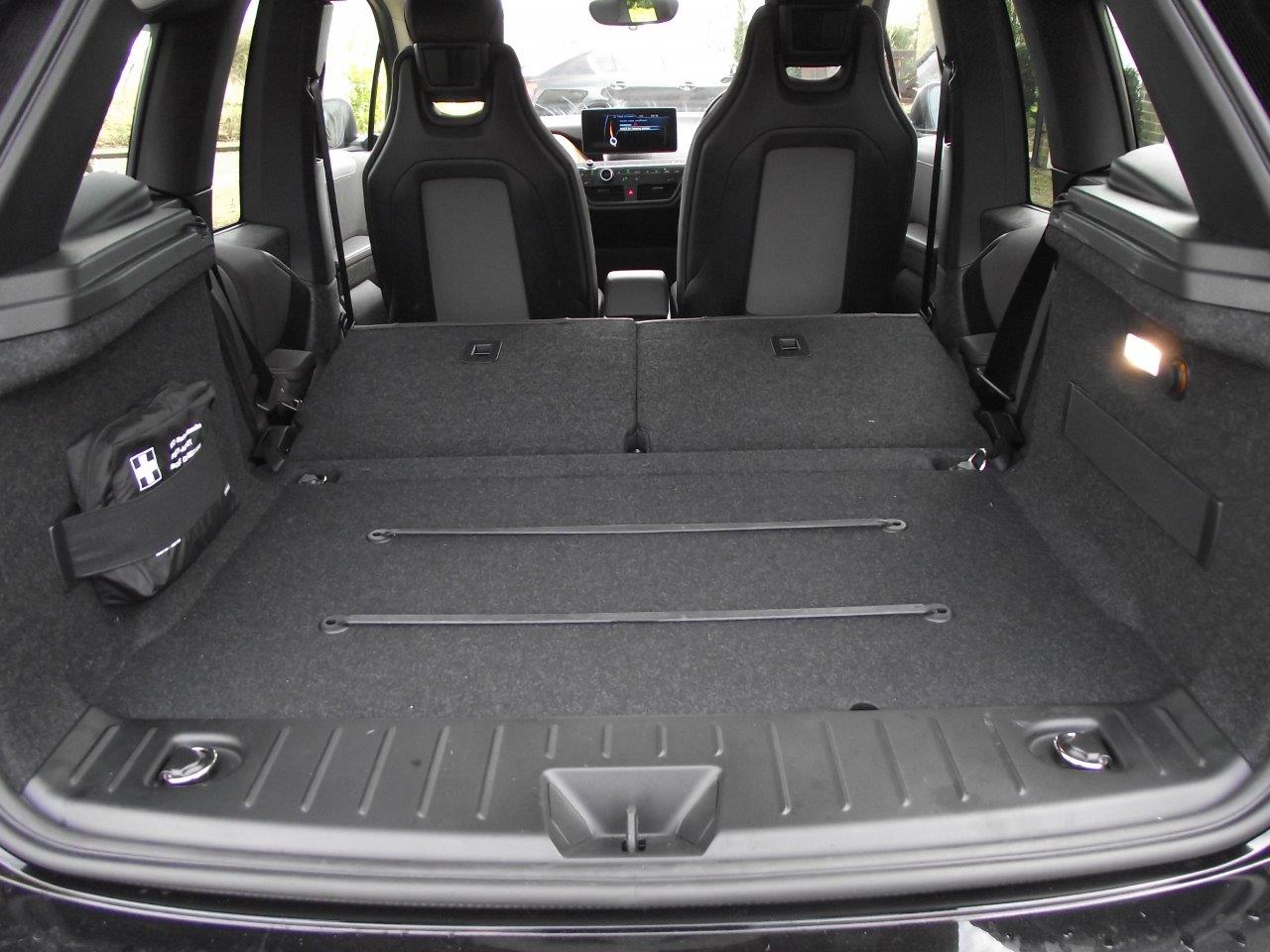 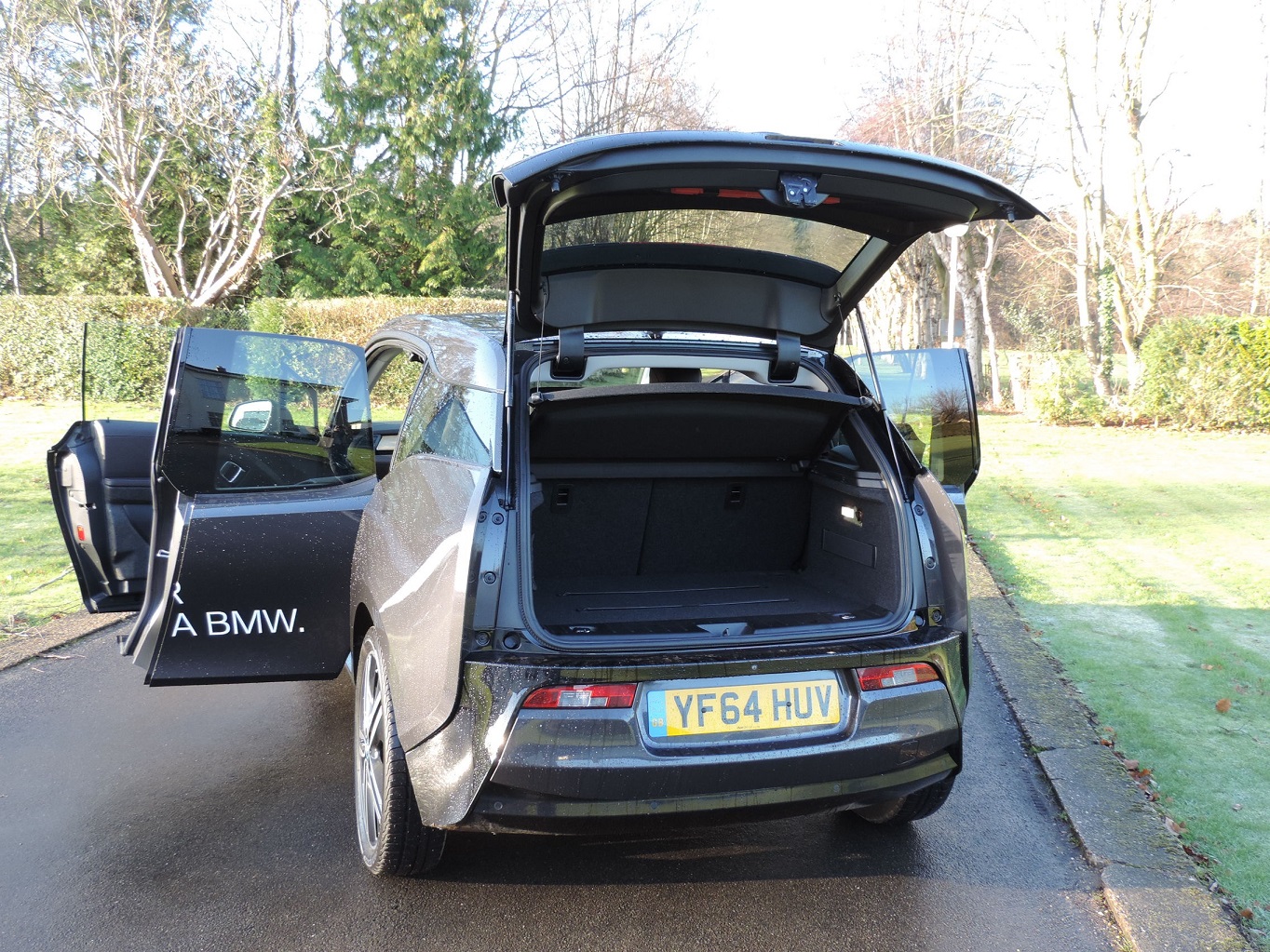 Find out how to charge the BMW i3