Car road tax banding’s are shown below, these are valid from 1st April 2015 to the 31st March 2016. All of the car tax bands are up to date and with the guidelines from the Driver and Vehicle Licensing Agency. The table is also for already registered vehicles.

Please note that there are two different pricing groups for road tax, one being that for petrol and diesel cars and one being for alternative fuel types which include electric, hybrid, hydrogen, LPG and other.

As you can see, consumers of cars are better off yearly by purchasing a lower tax banded car. These cars are not slow or boring; they are more economical and a lot friendlier to the earth's atmosphere with less CO2 emissions being omitted. These vehicles will help reduce car pollution to the atmosphere.

You can find many economical vehicles here. 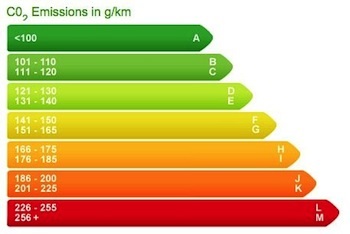