Mitsubishi Motors emerged as the sixth biggest Japanese automaker and sixteenth globally as biggest automaker production in 2011. Mitsubishi Motors Corporation is headquartered in Minato, Tokyo (Japan) and was formed in the year 1970 from Mitsubishi Keiretsu (originally largest industrial group in Japan)

Mitsubishi Motors’ motorised tradition dates back to the year 1917, when the Mitsubishi Model A which happened to be the first Japan series-production automobile was basically introduced. What followed in the next 20 years saw the company establish itself as a creative and innovative enterprise. They designed the first Japan diesel engine bus that was large in its kind. The company went a notch higher to develop the first four wheel drive car meant for passengers and the first diesel driven truck.

At the tail end of World War II, large industrial groups in Japan were dismantled and the Mitsubishi motors was not spared either as it was split into three companies. Commercial vehicles were high on demand at this time and all the three companies had to be involved in car developments.

Severe fuel shortage was a major problem, complicating further the condition that the country was already in. these were just some of the challenges that the company had to overcome into becoming the big firm that it is today.

A bus that could be powered by either petrol or substitute fuel was introduced in 1946. Innovation continued to be redefined as an air suspension system was fitted in Japan’s first truck. Japan’s economy started to stabilise on the onset of 1960’s as the rise of wages was evident across the country. The concept of family motoring emerged and Mitsubishi 500 was designed to fulfil this desire. In 1962, Minica followed which was a four-seater micro compact car. It had two-stroke 359cc engine that was air cooled. A larger and comfortable family car, the first Colt, came into the market the same year but it was not until 1969 when the Japan’s car market got global recognition. The first Galant represented up to date automotive technology raising the bar even higher for other manufacturers. Motor sports honours were attached to its name together with consumer awards.

In 1970, Mitsubishi Motors Corporation (MMC) was created to concentrate on automotive industry. The Galants and Lancers were a success in rallying sport as the showed great ability in their performance and dependability up to date. To expand their market globally, The Colt Car Company was created which was collaboration between Mitsubishi Corporation and Colt Automotive Limited. Mitsubishi vehicles collected a lot of honors both at home and abroad towards the end of the decade. They included the Galant winning South Africa’s 1977 Car of the Year and the L200 that won 1979 USA's pick-up of the Year.

In 1982 The Shogun (Pajero or Montero in other countries) was brought into the market and was distinct from any other car that had been seen before. Just to show how credible it was, The Shogun took honors both in production and marathon class as well as best team award. This made Shogun to become a best-seller worldwide by winning 4*4 of the awards that took place in Britain, Spain, Australia, France and West Germany.

The Shogun dominated for the better part of 1990’s in rally events and Mitsubishi cars made their indelible mark on world rally championships. Unbelievable technological advances took place in this decade. World first Traction Control System was introduced by MMC in 1990.The Super Select 4WD and Multi-mode ABS followed in 1991 and INVECS in 1992.Libero electric car started in 1994 for commercial production purposes as GDI engine was developed in 1996.

Production continued to expand abroad as the first Cariamas rolled out at NedCar; Holland in the year 1995.This was a joint partnership between MMC, Volvo and government of Dutch. However, within one year,MMC fully owned the NedCar. MMC and Daimler Chrysler in 2000 came together to develop a partnership in business involving design, Development and production.37% stake in MMC was purchased by Daimler Chrysler and NedCar Volvo production replaced by Smart Four-fours. The stake of Daimler Chrysler’s in MMC was sold to Mitsubishi family in 2004 but their business relationship continues to be maintained.

Mitsubishi Motors Europe (MME) got established in 200 to facilitate sales for the European market. The Colt got introduced in 2004 followed by the Grandis, Lancer EvolutionIX, new L200 and Colt CZC Cabriolet. In 2007, new Outlander was rolled out together with a revised version of Shogun. New Lancer, Lancer Sport back and new Colt came in 2008.

A pure electric i-MiEV was launched in Europe to be used in trials from government. The Mitsubishi i-MiEV is purely an electric car whose internal combustion engine has been replaced with a clean and efficient electric motor. Has a high technology driven train and produces zero emissions on the road. The car electric car is the most affordable kind of car at the United States. There is not paying of gas, changing of oil, overhauls in transmissions or even maintenance of the combustion engine. It comes with a portable cable meant for charging that can be plugged into a domestic outlet and gets charged in 6 hours. A quick port for charging is also present to deliver 80% charge in a record 30 minutes.

The Outlander PHEV uses twin electric motors together with a highly efficient 2.0 liter engine powered by petrol. The car automatically chooses which motor to use that best suits your driving. This is meant to ensure superior efficiency of fuel is achieved.

The Outlander PHEV is able to cover a total distance of 32.5 miles while in the EV mode reducing the cost to you and environment as they produce combined emissions of less than 44 k/km. The car gives you the option in choosing how and when to use the battery. The features in the Outlander are simple to be used by anyone with complete control. The active power saving mode and regenerative braking at touch of button gives this car an outstanding feature. Power distribution without any input from the driver is achievable while using the Outlander PHEV. You gets that chance to modify the car’s energy system as you want so as to meet the requirements of your own journey. 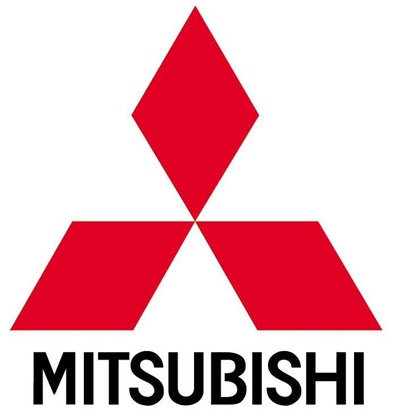