The all-new Renault Twingo will start from a very competitive £9,495 when it goes on sale in late September. The starting price will buy you a 69bhp 1.0-litre 3-cylinder naturally aspirated SCe model in Expression trim whilst the flagship will be the £11,695 89bhp 900cc 3-cylinder turbocharged Dynamique TCe 90.

Top-spec Dynamique versions (which range from £10,995 to £11,695) get 15-inch alloy wheels, exterior decals, front fog lights, cruise control, a stop-start system, rear door bins and leather trim for the steering wheel and gear knob. Dynamique trimmed cars with the 900cc engine also get variable gear ratio steering which the company says makes the car “more agile and reactive at lower speeds”. A Sport pack can also be added, bringing with it larger 16-inch alloy wheels, red and black upholstery inside and red exterior trim accents. An R-Line multimedia system which contains a 7-inch touchscreen, voice control and integrated satellite navigation system is also available at an extra cost on the Dynamique models.

Two engines will be available in the Twingo. The entry level engine is the 69bhp 1.0-litre 3-cylinder unit which is capable of returning 67.3mpg and 95g/km of CO2 if fitted with the stop-start technology. It can achieve the 0-62mph sprint in 14.5 seconds before going on to a top speed of 94mph. It manages to achieve 91lb ft of torque. The higher-powered 900cc engine develops 89bhp and 100lb ft. It can achieve 66mpg and emit 99g/km of CO2 and is able to accomplish the 0-62mph dash in 10.8 seconds before going to top out at 103mph.

As is increasingly common on city and small family cars, personalisation options are available which range from £250 to £850. This includes options such as alloy wheel upgrades, interior trim colours and external vehicle decals. However, big car luxuries are also available such as rear parking sensors and reversing camera, an upgraded stereo system, heated front seats and climate control.

At 3,590mm in length, the new Twingo is 100mm shorter than the outgoing model but importantly has had its wheelbase stretched by 120mm in order to provide 220mm of extra space inside. This should translate not only into more passenger space but has resulted in the boot space rising to 219-litres with the rear seats in place and to 980-litres when they are folded.

The new generation of Twingo was first revealed at the Geneva motor show earlier this year. The third generation breaks with convention by adopting a rear-engined, rear-wheel drive layout. Despite this important differential, the Twingo shares its underpinnings with the recently announced Smart ForFour, a shortened version of which is used to underpin the Smart ForTwo. Indeed, both the Twingo and the ForFour are built at the same Renault plant in Slovenia.

Laurens van den Acker, Renault’s design boss, told first4auto that the shape of the new Twingo pays homage to the original 1992 Twingo, but has also been inspired by the now-classic Renault 5.

This is an abridged article that has been especially prepared by first4auto on behalf of EcoCars4Sale. The full length article can be found at first4auto 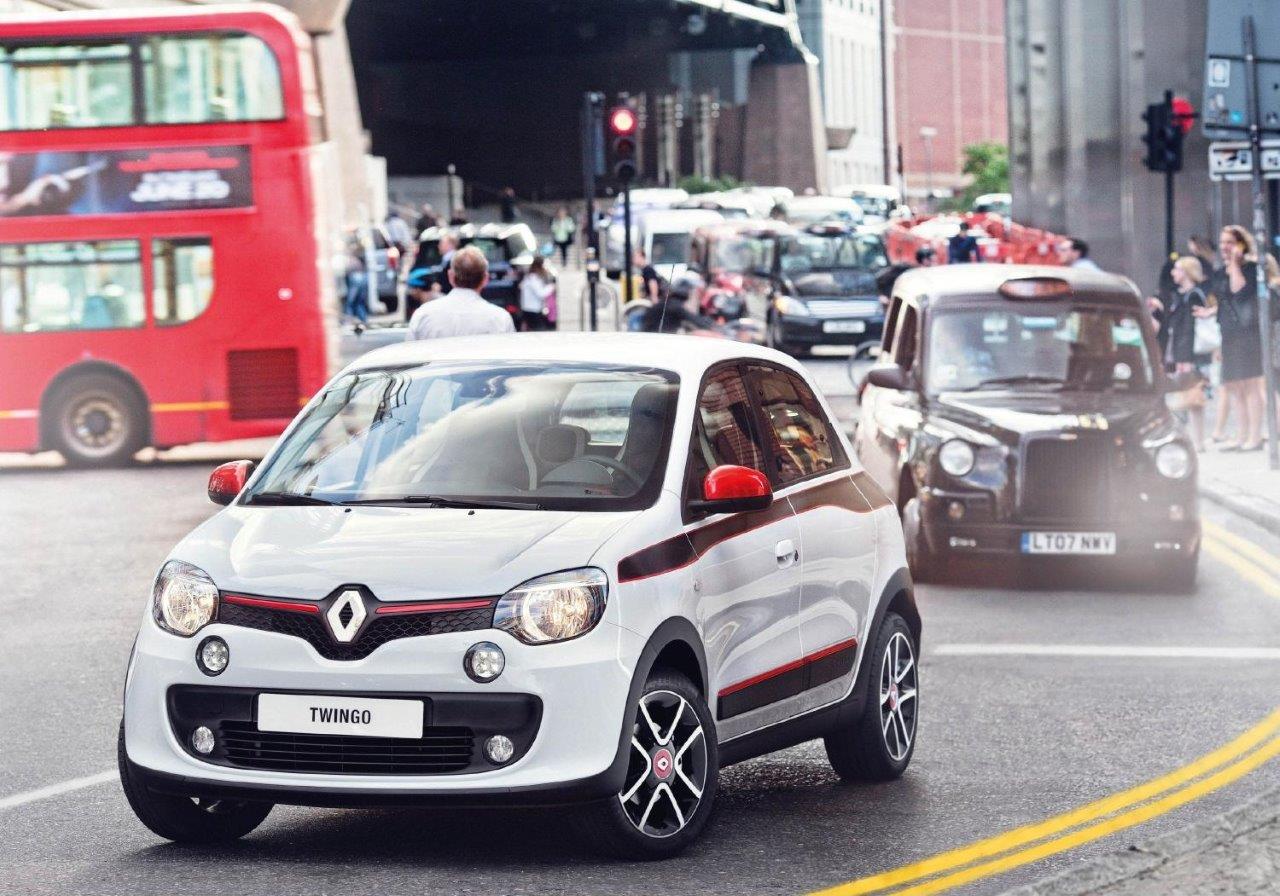