Grenoble in France is going to be the location for a new car sharing service that is going to be trialled from next month using electric vehicles from Toyota. Developed in partnership with the local car-sharing operator, Cité lib, the “Citélib by Ha:Mo” scheme will run alongside the existing car-sharing scheme operated by the company.

The “Citélib by Ha:Mo” scheme will run for a period of three years. In total, Toyota will provide 35 three-wheeled i-ROAD cars and 35 four-wheeled Toyota Auto Body COMS vehicles. The vehicles will be available for short city trips and will be supported by a network of 27 charging stations installed and operated by Sodetre. In total there will be 120 charging points for the project and 41 for other plug-in vehicles will be added to the city’s transport infrastructure. 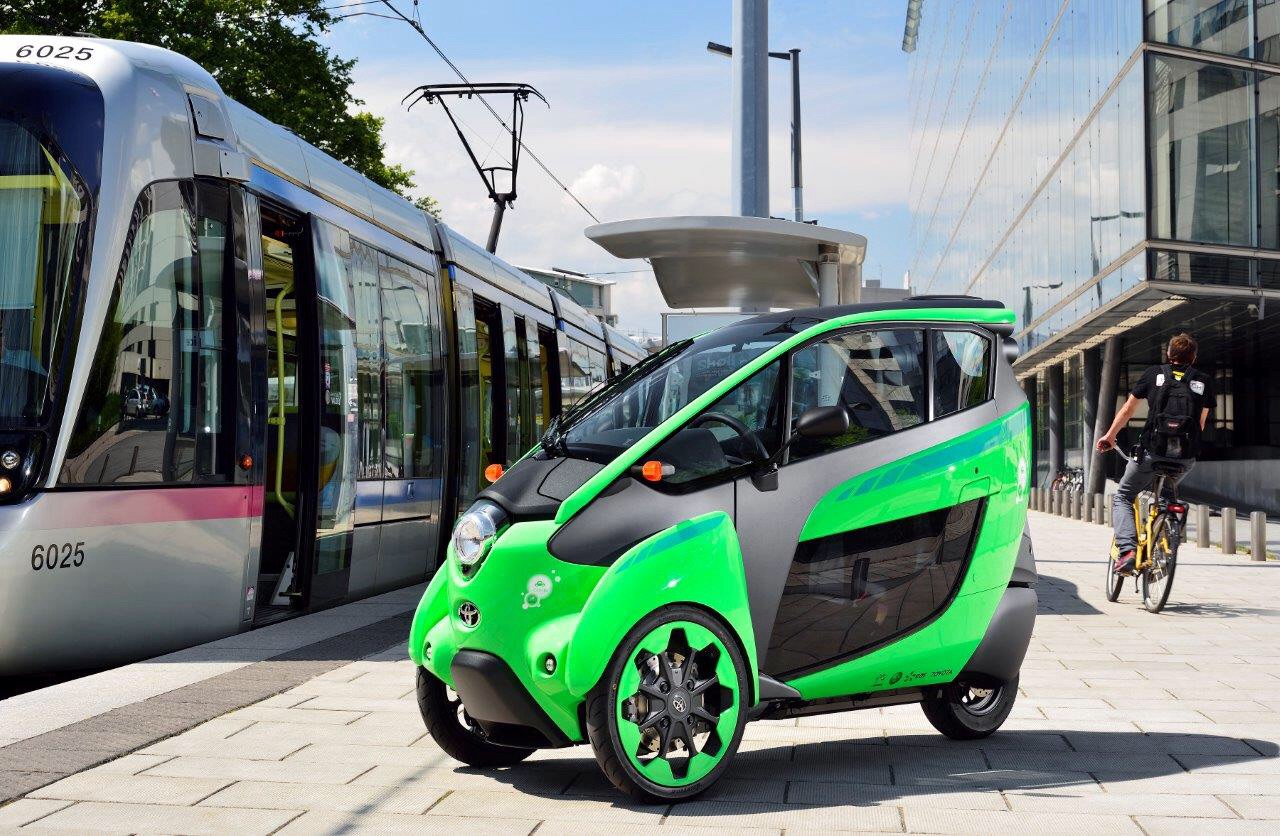 Both the vehicles and the charging stations are connected via a sophisticated IT infrastructure operated by Grenoble’s transport network. This offers route planning as well as online/mobile app reservations.

The vehicles will be able to be used for return or one-way trips from one charging point to another. People who want to take advantage of the scheme can pick-up one of the 70 vehicles and drop it off at any station near to their final destination without having to return it to the original pick-up point. Users will only be charged for the journey that they take.

To encourage as widespread a usage as possible, a simple “3,2,1 euros” pricing plan has been developed. Each Euro covers a 15-minute increment – meaning that for €6, a user can have up to 45 minutes of usage. To attract those who subscribe for an annual local transport card, the price will be reduced at 2+ 1 euro for respectively the first and subsequent 15-minute increments.

Christophe Ferrari, President of Grenoble-Alpes Metropole, operator of the area’s public transport network, told first4auto: “The project ‘Citélib by Ha:Mo” is only a start, but we believe it has the potential to encourage our citizens’ active participation in the creation of tomorrow’s mobility, and it goes in the direction we want to take.”

This is an abridged article especially prepared by First4Auto on behalf of EcoCars4Sale.