Tesla has had a big input into the development of the B-Class Electric Drive, resulting in a car that develops 177bhp and 251lb ft of torque from the 16.6kWh lithium ion batteries which – most importantly – gives it an ideal world range of 124-miles. This should be enough for most commutes. Other vital statistics include the fact that it can accomplish the 0-62mph sprint in 7.9 seconds before going on to an artificially limited 100mph top speed. 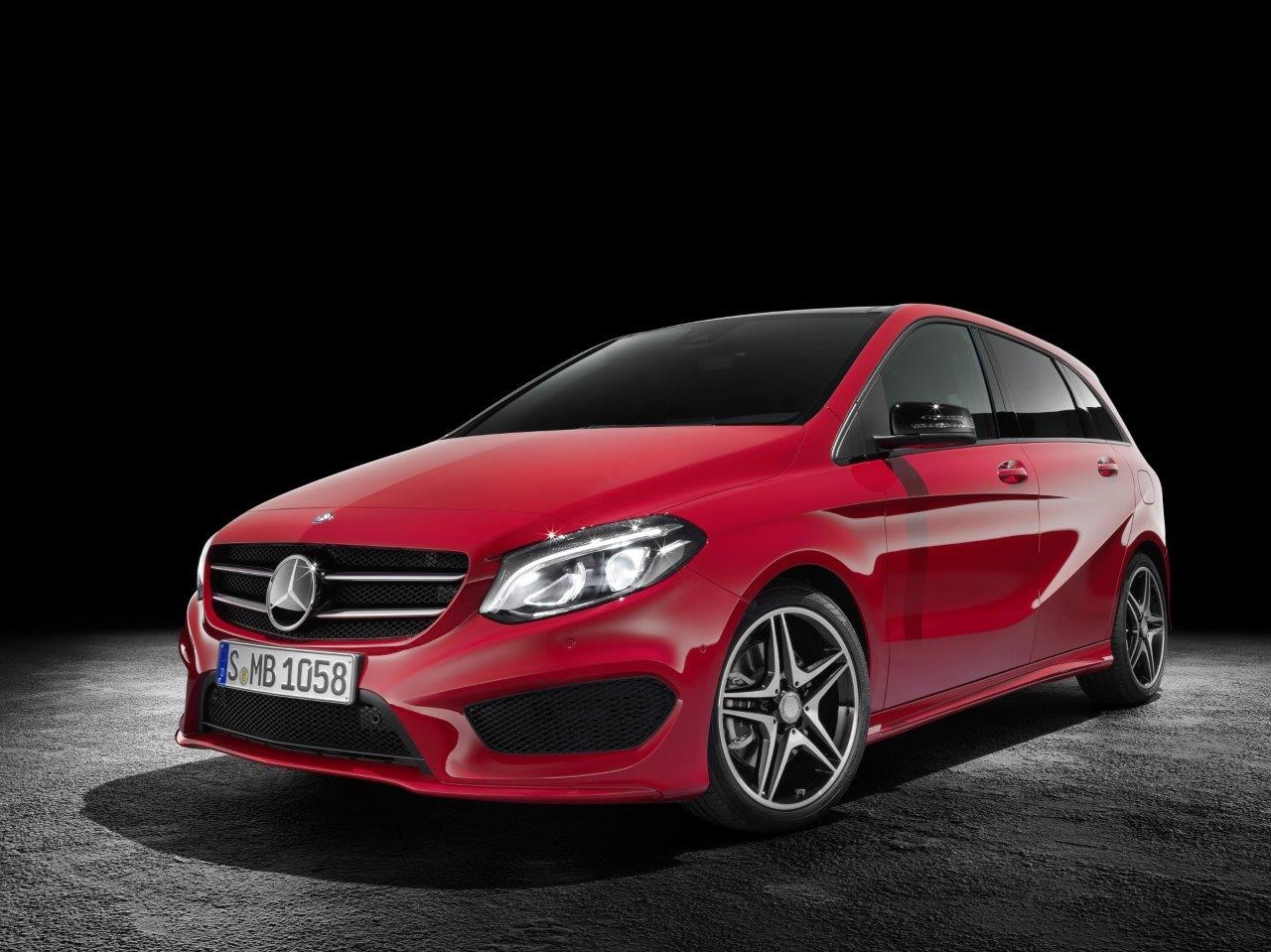 The B-Class Electric Drive is the brands first fully electric car based on the modular ENERGY SPACE body concept. This simply means that it uses the underbody to house the lithium-ion battery resulting in the same amount of boot space as the regular B-Class models.

No detailed specification details have been released by the company, but it is likely that we will import the two different driving modes that feature on the US version: Efficiency and Sport. It will also likely feature regenerative braking that offers three different strengths, and a radar-based cruise control system that uses the motor braking to charge the battery depending on the speed of traffic ahead. Less certain is the warranty, but in the US, owners enjoy an 8-year, 100,000-mile warranty and roadside assistance package on the battery.

Manual 6-speed ‘boxes or a 7G-DCT auto will be available. Mercedes-Benz’s 4Matic 4WD will also be offered, including on the B200 CDI.

The B-Class Electric Drive, along with the rest of the range, will get a restyled front bumper, grille and running lights. We said it is a bit of a facelift, and you might need to carefully examine said areas and compare them side-by-side with an older version to confirm that we are indeed telling the truth. Optional LED headlights (but oddly, not on the ED), a revised rear bumper, tailpipes and tail light graphics complete the exterior makeover.

Open the door and inside you will see a new 8-inch infotainment screen nestling in a ‘high-grade’ interior. Options include ambient lighting with a choice of 12 colours, and Keyless-Go. The B-Class Electric Drive will also offer a more extensive version of the Mercedes-Benz’s connect me services via “connect.mercedes.me”. This enables the driver to remotely check the current charging level of the of the battery, vehicle range, as well as preheat or precool the vehicle for a specified departure time.

This is an abridged version of an article especially prepared by First4Auto on behalf of  EcoCars4Sale and ElectricCar2Buy.