It's been a busy month since the last Formula E race in Putrajaya, and with the field readying itself for a return to Punta Del Este, here's a look at the big stories that have been happening within the fast-moving world of Formula E...

After finishing dead last in the standings last year, it’s fair to say that the Trulli Formula E team has been in a truly dire situation this season. They got absolutely zero mileage completed in public or private testing, and to make things even worse they then failed scrutineering at Beijing and Putrajaya, meaning that the promise displayed briefly at times last season, most famously Jarno Trulli managing to qualify on pole position at Berlin, will remain unfulfilled. Considering how late Trulli started their season 2 powertrain preparations and then seemingly decided to throw money into testing it on the dyno, not realising the complications involved in software and inverters which they also needed to develop, on top of reports of employees not being paid their wages strongly suggests that the management at Trulli wasn’t up to the task and must share a large portion of blame for the team’s failure to compete this season; it’s also worth noting that Salvador Duran’s departure in November due to a “breach of contract” was unnecessary and also reflects badly on the team, despite Duran stating that he “Left on good terms”. The Andretti team was in a similar position at Donnington Park’s pre-season tests to Trulli and opted to use the season 1 powertrain at the end of testing; their Dutch driver Robin Frijns managed to achieve a (very fortunate, but also well earned) podium in Putrajaya last time out. Trulli had the same option available to them but chose to persevere with it’s Motormatica unit considering how heavily they’d already invested into it, citing that it would benefit them in the long term. Despite their abandonment of the ’15/16 championship, Alejandro Agag has expressed gratitude for Trulli’s support in the series’ early days, and indicated that he would welcome the team’s return in the future, but this appears extremely unlikely. So ends the sad tale of Trulli in Formula E.

Heidfeld injures wrist, Rowland fills in for him

Nick Heidfeld has had a strong start to the season with a podium at the season opener in Beijing. However, after a dramatic oversteer moment in Putrajaya en route to a 9th place finish, the German woke up the following morning to find his wrist was in extreme pain from having to suddenly wrench at the wheel to keep out of the wall. Heidfeld had to undergo an operation (from which he is still recovering) and unfortunately for him the dropped scores rule from the previous season has been abandoned, meaning that Heidfeld’s championship chances will take a huge hit despite currently ranking 4th overall. In his place Mahindra have hired the 2015 Formula Renault 3.5 champion Oliver Rowland to drive their spare seat at Punta Del Este, someone who Team Principle Dilbagh Gill believes “has a vast amount of experience of winning in single seaters and will be able to get to grips with the technology quickly”. Needless to say Rowland is keen to impress in what looks to be a one-off outing.

As speculated by many pre-season, the Autodromo Hermanos Rodriguez in Mexico was announced as the venue for the “mystery race” that is now the 5th round of the championship. It’s basically the oval formerly used by NASCAR but also incorporates the stadium section (Used recently by F1) and the famous Peraltada, albeit with a chicane bisecting it. Salvador Duran was promoting the race at it’s launch announcement, and is trying to get a drive to achieve the dream of driving in his home ePrix. If F1 was anything to go by then the atmosphere should be very good, although it is a compromise to the “Street circuit only” philosophy of Formula E, the track is close enough to Mexico City to just about get away with this anachronism from the rest of the calendar. 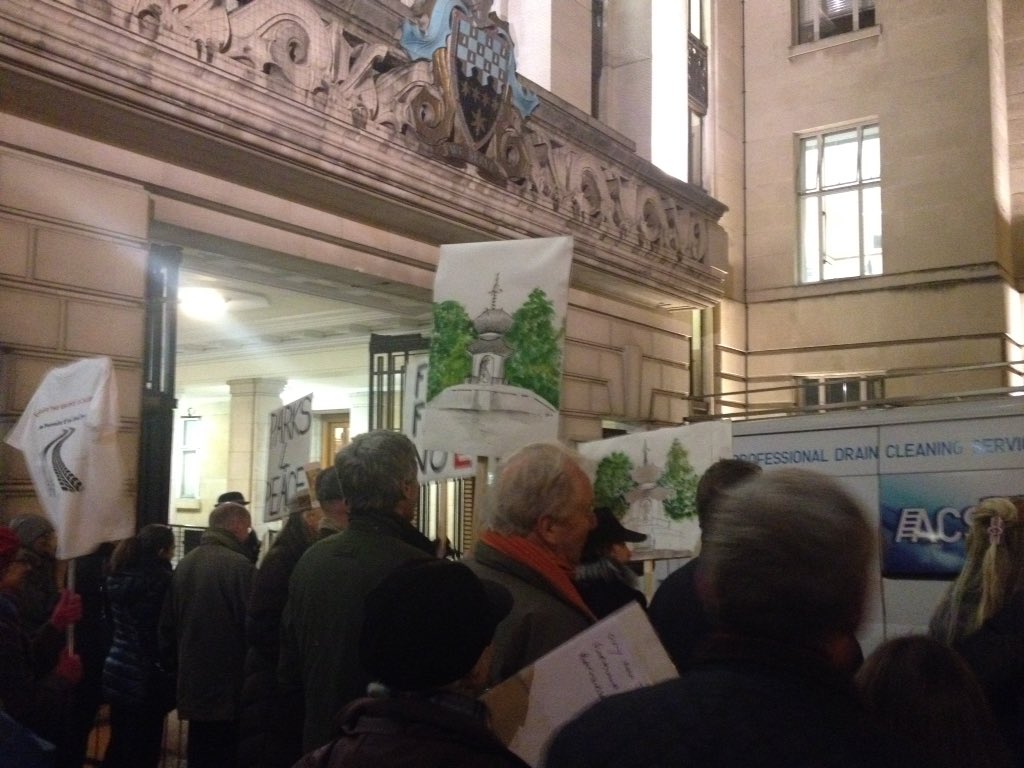 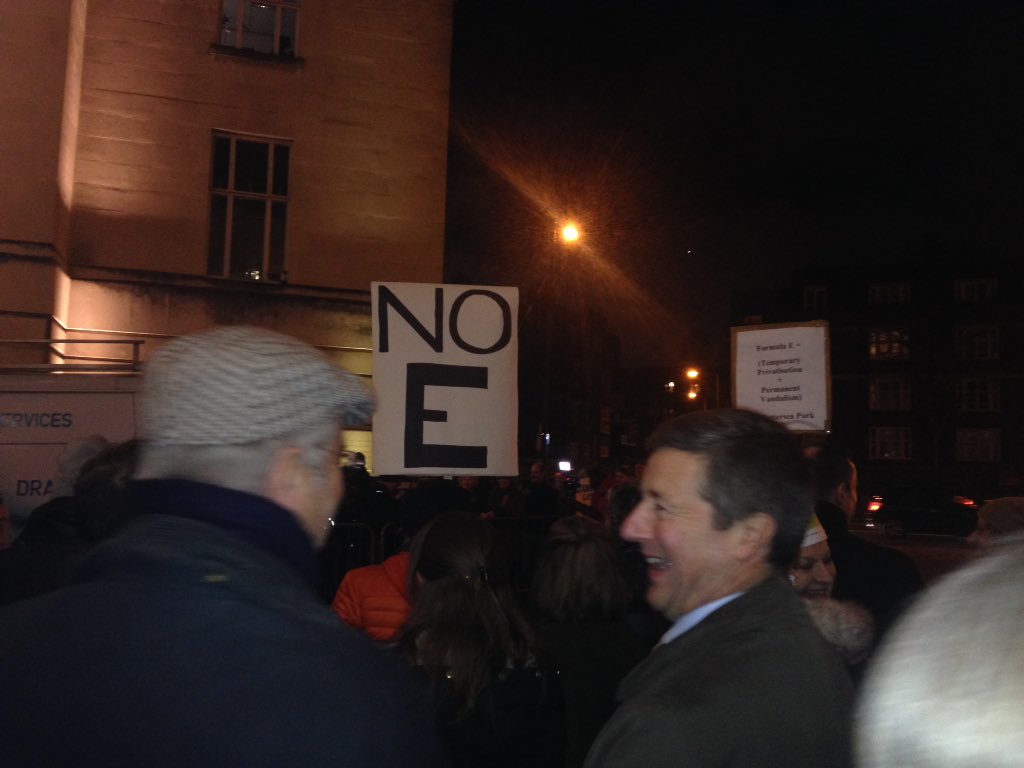 In definitely one of the more negative stories surrounding Formula E, a group of disgruntled local protestors have started campaigning to remove the London ePrix from Battersea Park, claiming that they weren’t consulted/informed at all beforehand, and that the disruption to the park during the 3 weeks of setup/takedown was A) unfair on the large amount of people who wanted to use the park during the height of summer, and B) Damaging to the park due to the 800 HGV journeys needed to set up the circuit and it’s facilities, which hugely contradicts the green message that FE is trying to project. Wandsworth Council’s Conservative majority feels that the protesters are exaggerating (Despite a large amount of significant local groups such as Friends of Battersea Park and Battersea Society saying otherwise and siding with protesters) and claims that it needs the income from the race to maintain the park and to fund additional projects. As such, the council review and services committee voted 7-4 in favour of holding the race for the next two years (Until the next break clause arises) and even a debate on the full council in early December came to a similar verdict. The Save Battersea Park group has pledged to enact more demonstrations outside the park during the construction of the circuit as well as the race itself, and although these will not be violent protests it would be unwise not to take notice of them. They are a warning that Formula E must do better.

German ePrix set to move away from Berlin

Due to Templehoff airport’s buildings and runway being used to house refugees during the current crisis in Europe, the Berlin ePrix is being arranged to a different location in Germany. One of the most likely candidates (mentioned by Agag himself) has been the Norisring in Nuremberg, which is a street circuit used for the German touring car series DTM, as well as the Open wheel Formula 3 Euroseries. 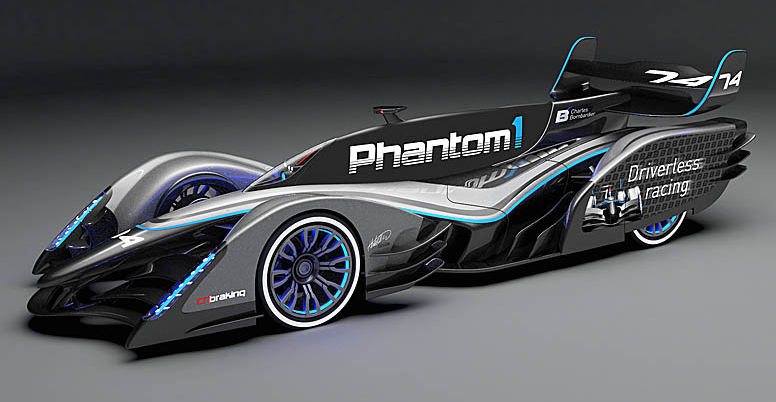 The big surprise news of the break was the announcement of Roborace: A series for driverless electric cars built by the Kinetik company which would run on the support bill to Formula E following the cancellation of the much loved children’s electric kit-car series, FE in Schools. It’s been a controversial move to say the least, with Agag admitting that the series is intended as a showcase of technology and not a motorsport championship. The principle idea is to promote autonomous vehicles to the motoring industry, further illustrated by the fact that the powertrains will be created by Charge, a start-up founded by Kinetik specialising in making range-extended electrical powertrains for commercial vehicles. It’s expected for the Roborace series to make an appearance at the tail end of the 3rd season.

Rumoured for a while but finally announced in the week leading up to Punta Del Este, the Jaguar/Land Rover group will be entering a works team into Formula E. It’s a very exciting tie up from a famous manufacturer and it’s expected that in conjunction with this Jaguar/Land Rover is to begin producing electric vehicles for everyday use on the road; what better way to promote that than by fielding a crack Formula E squad? Details of drivers and team management is yet to be announced, but Williams Advanced Engineering, who created the award winning innovative battery cells for all the Formula E cars as well as also having created the Kinetic Energy Recovery systems (KERS) for their F1 team in the past, have been signed to create the powertrain. It’s definitely a coup for the championship, and with Trulli’s withdrawal it’s even possible (but unlikely) that we might see the Jaguar team entered for the final two races of the championship at Battersea Park. One thing’s for sure, Jaguar will be keen to erase memories of it’s lacklustre five season tenure in Formula 1, in which it achieved only two podiums.

In Association With Formula E Addicts