Greenhouse gases including CO2 and methane accumulate in the atmosphere as a result of human activities, including the use of fuels such as oil in combustion engine vehicles. The results of this clauses pollution that ultimately creates global warming and climate change. Unless action is taken soon to reduce these emissions, it could cause further climate change and the results could be catastrophic. These could include flooding, drought, heat waves, storms and natural disasters. The 2008 Climate Change Act sets out legally binding requirements for the reduction of such emissions. The UK government is required to reduce emissions by minimum 34% by 2020 and 80% by 2050, compared to the 1990 levels in the UK. The Carbon Plan 2011 is the U.K.’s action plan in combating these emissions, and has identified transport is the critical area in the ability to meet these targets.

As far as moving people and goods, transportation is an essential aspect of the country’s economic growth. However it remains a major source of pollution through emissions. Domestic transport accounted for around 24% of greenhouse gas emissions in 2010. Around 90% of this was transportation from vehicles. Regional strategies will use the Carbon Plan to make improvements in the transport sector. Most importantly improving the fuel efficiency and increasing the amount of alternative fuel vehicles such as hydrogen and electric cars was identified as being very important.

Combustion engine vehicles produce CO2 emissions, these emissions increase as more fuel is consumed by the engine. Although many improvements have been made with regard to the emissions and quality of pollutants from vehicles, there has been less progress in the reduction of CO2 from cars. More recently it has been introduced that CO2 emissions are directly linked to the vehicle’s tax banding, this has been a critical aspect to consider for someone who is looking to buy a new vehicle.

The European commission and industry associations of the major vehicle manufacturers rolled out a strategy in 2008 to reduce the average CO2 emissions of new cars, as cars are responsible for 12% of total EU CO2. The agreement means it can improve emissions by over 25% to 130 g per kilometre of CO2. This will result in the improved fuel consumption and miles per gallon (MPG) of these vehicles.

How the regulations affect you.

Government incentives and other benefits will mean that as well as helping the environment, you will also save money by buying the more eco-friendly economical car. Ultimately the regulations are requirements for manufacturers and will not directly impact you. You may find that certain car dealers promote more fuel efficient vehicles in order for them to meet their target. As it works on an average basis and manufacturers selling high quantities of vehicles above their threshold will promote vehicles under the target in order to bring the average into line. The legislation only applies to new cars; older vehicles are exempt from these requirements. All new cars registered in the European Union are governed by this legislation; governments are required to set their own vehicle related road taxes. 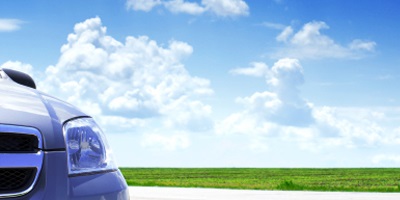