Toyota is Japan's largest listed company worth more than twice as much as the Softbank. When the company was founded by Kiichiro Toyoda in 1937, Toyota industries started to create automobiles the first “A Type engine” was created in 1937 with it’s first passenger car called the “Toyota AA” following suit very fast.

Since the 1930’s Toyota have gone on to part own some other big brand manufacturers and produce vehicles such as the Lexus, Hino, Ranz and Scion. Toyota holds a 51% stake in Daihatsu, 6% in Isuzu and also a 3% stake in the big American electric car manufacture Tesla.

Fast forward to the 1980s Toyota received their first award for quality control in Japan and then they started to participate in a variety of motorsports. When the oil crisis hit in 1973 the Lucrative market being the United States of America needed to turn to smaller economical vehicles. At this point American car manufactures had considered the smaller vehicles; however companies such as Toyota really flourished with the likes of the Toyota Corolla selling over 40 million units alone.

With this success and the extra revenue coming, Toyota felt it was time to create a luxury division of their brand, in 1989 Lexus was born. The first of these models were the LS 400 which was the flagship Lexus brought to us by Toyota.

In 2002 Toyota first manage to enter the very fast sport of Formula One this was due to the company establishing joint ventures with the big French motor companies Citröen and Peugeot, helped by Toyota producing cars in France. One of the big things to come out of this era was the first hybrid electric car the Toyota Prius which came to market in 1997.

Toyota later decided to push this new technology into their luxury car division Lexus, Lexus then in and called this new technology “Lexus Hybrid Drive”. Since 1997 Toyota Motors Corporation now sell 24 hybrid models and one plug-in hybridmodel, this includes the Lexus brand and Toyota itself. By 2007 Toyota had announced they had already reached 1 million hybrid vehicles sold. In 2013 Toyota again had reached another milestone with over 5 million hybrid vehicles sold.

In 2010 Toyota collaborated with Tesla motors to create new and fresh electric vehicles, Toyota purchased US$50 million of Tesla stock. Toyota were firmly then involved in this new electric car market, and with the assistance of Tesla went on to build 35 converted electric RAV4’s for a demonstration and evaluation program. The program ran all the way through to 2011 with the main research and development being lithium metal oxide batteries, electric powertrain units which were all supplied by Tesla motors. When these tests were completed Toyota went on the record and stated that it was backing away from the pure electric vehicles program. The reasons for this, as stated by the then vice chairman Takeshi Uchiyamada, “the current capabilities of electric vehicles do not meet our customers society needs”.

In 2002 Toyota had already begun to develop a new program which was the hydrogen fuel cell program known as Toyota FCHV. This was a hybrid hydrogen fuel cell vehicle which was thoroughly tested with the prototypes and concepts of FCHV1, FCHV2, FCHV3, FCHV4, and the FCHV ADV development programs. Toyota unveiled their HCV-R fuel cell concept car in 2011 at the Tokyo motor show. This new car technology included a 70MPa high-pressure hydrogen tank which could deliver a range of 435 miles. Toyota stated then that the planned launch for this car was going to be within 2015. Now that we are in 2015 Toyota are going to launching the Toyota Mirai hydrogen fuel cell car which in Japanese means “Future”.

For details of the Toyota Prius and Toyota Mirai follow the links. 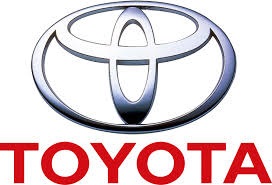