BMW manufacturers a range of Electric, Hybrid and Eco Cars

BMW is a German automobile maker specialising in motorcycles and cars. BMW established itself in 1916, the roots of the German giant started with Karl Rapp and Gustav Otto. The then Flugmaschinenfabrik Gustav Otto Company had merged into Bayerische Flugzeug-Werke AG. Moving on two years the Rapp Motorenweke Company morphed into the now BMW or Bayerische Motoren Werke Gmbh.

In 1929 the company began its first automotive construction. BMW became an automobile manufacturer by purchasing the company known as Fahrzeugfabrik Eisenach. BMW then manufactured cars here until the Second World War broke out. The very first of the small BMW cars were built under license from the Austin motor company in 1929.

As we fast forward through the years to 1985 the BMW Technik Gmbh was established. This saw the think tank of the BMW designers, engineers and technicians to develop, all new and fresh ideas of the new concepts for the forthcoming BMW vehicles. One of the additional major projects was the Z1 Roadster, which was first produced as a small series car in 1988.

By 1994 BMW had seen major growth. So what did they do? They went to the USA for the first time and decided to build a gigantic automotive production facility. This move by BMW showed the world that they were a global leader and player in the automotive industry. The plant is in Spartanburg (South Carolina), this gigantic plant was designed for the production of the BMW Z3 Roadster, when it was opened in 1994. The Z3 was very popular, as such this sports car was exported around the world. Today the plant manufacturers the BMW X3 , X5 and X6 models and these are still manufactured in 2015. Also in 1994 BMW got busy, and the acquisition of the Rover Group UK had begun and was finalised in the same year. Along with this, the group included into their portfolio Land Rover, Rover, MG, Triumph and Mini.

In 1998 after long negotiations BMW had acquired Rolls-Royce from Volkswagen, this was without doubt a piece of automotive history. BMW saw that it was time that the Rolls-Royce plant and headquarters was to be moved into their newly built Goodwood manufacturing facility in southern England.

After an amazing 100 years of this established brand BMW shows no sign of stopping. Fast-forward to 2008 and BMW released a concept Plug-in Hybrid Electric car, BMW were once again the talk of the town.

In 2013 BMW embark on a new era of their manufacturing with electric vehicles. BMW release the new brand the BMW ‘I’ range, the first to be released was the BMW i3 BMW’s first all-electric series production model. This new type of technology has many befits, it is entirely emission free and is powered by an electric motor instead of an internal combustion engine.

Just a year later BMW released their first plug-in hybrid electric sports car. This car is called the BMW i8 an electric sports car with an average of 114 mpg, for a car that can achieve 0-62 mph in 4.2 seconds is pretty impressive.

For details of the BMW i8 and BMW i3 follow the links. 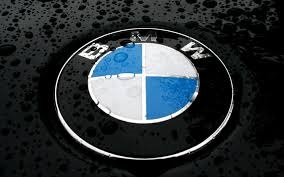