Unveiled in 2012 at Paris Motor Show, P-HEV is the third generation of the Mitsubishi Outlander series. It is plug-in hybrid variant, abbreviated P-HEV, with a two liter, four cylinder petrol engine and electric powertrain that aids in its strong and smooth acceleration when in driving. Mitsubishi aims at achieving the combination of fuel economy and use of electric charge in navigating the car.

In 2013, during the Geneva Motor Show in Switzerland, the Outlander P-HEV European version was launched. It is similar to the Japanese version, only that minor variations were made in order to abide to European Union requirements. It was expected to only have emissions of up to a maximum of 44g/km.

The P-HEV series initially experienced battery problems during its manufacture leading to stalling of their deliveries all over Europe until October 2013. However, the United Kingdom enjoys being Europe’s top consumer of this type of vehicle according to Society of Motor Manufacturers and Traders, having bought fourteen thousand units as of August 2014. In the United Kingdom, Outlander P-HEV series is the third best-selling electric vehicle being edged by Tesla Model S and the Nissan Leaf. There are now a number of Used Outlander PHEV’s for sale. 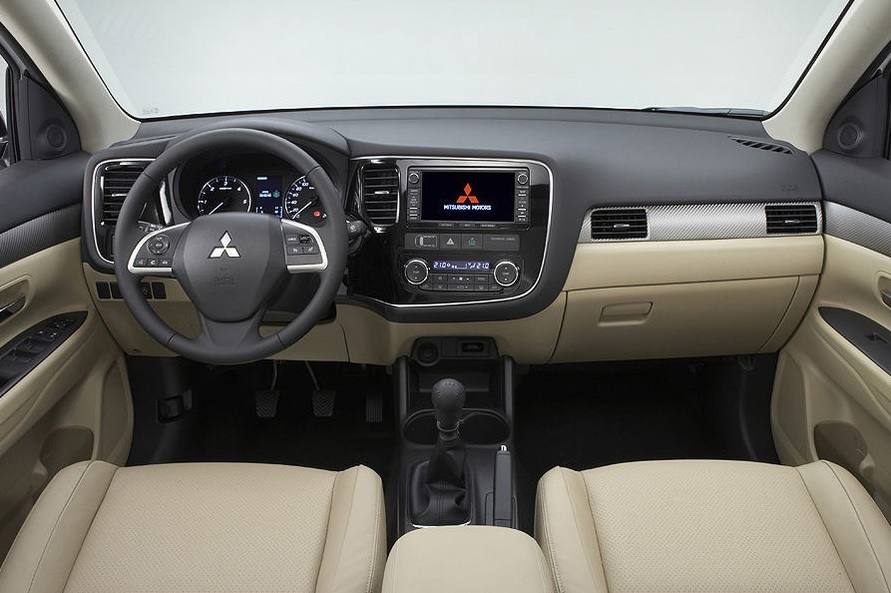 Features of the UK’s Outlander PHEV

Apart from being a sophisticated family SUV car, the vehicle boasts being powered by petrol and electric charge from its motors. For example, the front wheels are powered by the two liter petrol engines and an additional power is provided from an electric motor. The other electric motor turns its rear wheels, creating all-wheel drive.

The uniqueness of the petrol engine, is that it’s a generator. Generators therefore recharge on board batteries, thus powering the electric motors in the car if the charge has been depleted. As the vehicle decelerates or halts, more electrical power is generated. When overtaking, normally, any vehicle needs additional power and for the Outlander PHEV, the 4x4 all-wheel drive, gives the vehicle very good acceleration. The PHEV can achieve 0-62mph in an impressive 11 seconds.

The Mitsubishi P-HEV has redefined perceptions of electric vehicles in the United Kingdom. The car boasts a fuel economy of 1.9L/100Km with an excellent cruising range courtesy of its plug-in hybrid feature. The petrol engine monitors the efficiency of the batteries in the vehicle in that, in case of a drop in power, the petrol engine kicks in to generate additional power. At high speeds, the clutch connects the engine directly to the wheels, enabling a smooth drive while recharging the batteries. The 12KW battery size, will take around 5hrs to fully charge. This allows the vehicle to travel up to 32 miles on pure electric range. 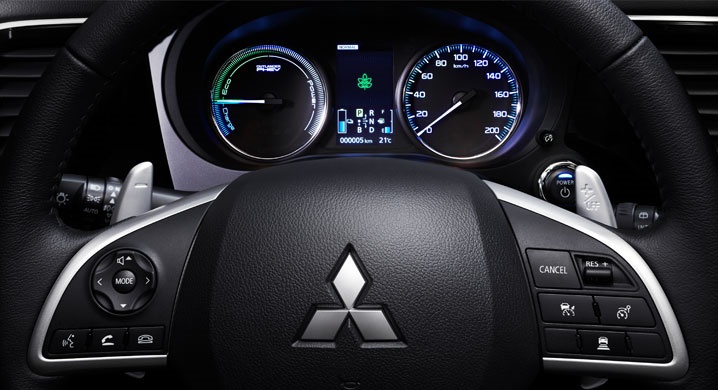 From petrol consumption figures above, the Outlander P-HEV speaks volumes for itself. Carbon monoxide emission statistics stand at 44g/km, raising its ranking as Europe’s most favored car eco-friendly 4x4 vehicle. This also means the vehicle is category A and free to road tax in the UK.

The vehicle offers maximum comfort to its users. This can be noted from the height adjustable seats, enabling for the reach and rake adjustability. It also has a reversing camera with parking sensors to guide drivers when parking it.

The dashboard has a simple layout, chunky buttons and a simple switch gear. Good visibility, plenty of room for up to five passengers and properly placed controls add up to this being the practical choice of vehicle for its users. The Outlander P-HEV car has some design flair in it, as well as it being a cheaper model among electric cars in United Kingdom. With on the road costs from £28249, after the £5000 government incentive.

The infotainment has a USB port and a 4.2 inch LCD touchscreen. The screen is placed close to dashboard dials. It enables owners to operate the climate controls of the vehicle using a smartphone app.

The Outlander PHEV Cost and Payment Options in the U.K

Car business in the UK is thriving, mainly due to the rise of middle class drivers who have an expensive taste for SUVs as family vehcile. In addition to this, a growing demand for electric cars enables citizens to purchase or hire purchase the Outlander PHEV model from Mitsubishi depending on one’s financial capabilities. There is the cash option and installment option that caters for all situations.

The normal road price for an Outlander PHEV is around £28-29k after insentives. However, for those opting to pay in installments, the car still needs a customer deposit of £12000. Then monthly installments around £300 payable for a period of 43 months. There are various interest rate options according to Mitsubishi Motors UK.