Volkswagen VW is an automotive manufacturer of Electric Cars

A Company History of Volkswagen

On May 28th 1937, the Government of Germany formed a new state owned automobile company when the country was under the command of Adolf Hitler. The company was formerly known as Gesellschaft zur Vorbereitung des Deutschen Volkswagens mbH which was later renamed simply Volkswagenwerk or “The People’s Car Company”. The company has its headquarters in Wolfsburg, a city created to host the workers on the plant that were going to produce Hitler's dream car to serve the average citizen in German, made by one Ferdinand Porsche. “The German in the early 1930’s was still mostly characterized of luxury models in her auto industry but the average consumer in Germany could rarely afford nothing but a motorcycle, in fact out of fifty Germans, only one owned a car.

While the car projects were still in their early production stage, Hitler got involved in 1933.He wanted the citizens of German to gain similar access to nice cars just like the Americans. He then demanded the manufacture of a basic car that was able to transport two grown-ups and three children. The citizens were to acquire the car through an established savings plan. Heavy lobbying was conducted but it soon became clear that the private industry could not manage to manufacture a car. This forced Hitler opt to sponsor the first of it's kind state-owned factory using Ferdinand Porches’ design. Ordinary Germans had a savings scheme that enabled them buy the car and approximately 336,000 citizens paid into.

The whole project was financially unstable due to corruption, embezzlement of funds and in-accountability of the Nazi regime. After the end of world war II, with the factory in ruins, the Allies (the British) would make Volkswagen the focus of their attempts to revive the auto industry in Germany. Under the careful eye of Major Ivan Hirst, Volkswagen began production of the Type 1 (The Bettle) as it came to be known across the world.

In U.S, Volkswagen sales were initially slower than in other corners of the world. This was due to the car’s historic Nazi connections as well as its small size and the not common rounded shape. Doyle Dane Bernbach, an advertising agency ,in 1959 through clever advertising launched a landmark campaign that was meant to publicize the car’s shape as a distinct advantage to consumers.

This formula worked as over the next several years, Volkswagen became the top-selling auto import in U.S. The Beetle's popularity among the youth and from 1945-1955 numbers reached the one million mark. On February 17th 1972, Volkswagen surpassed the longstanding worldwide production record of 15 million vehicles that had been set by Ford Motor Company as the most known car across the world, a title it still holds up to date.

Towards the end of 1940, Volkswagen introduced the Type 2 car, a people carrier, which was known as the “VW Bully”. Despite this, the Beetle still managed to stay ahead in terms sales notwithstanding the fact it had become obsolete. It still remained consumer favorite due to its easy maintenance, reliability and reduced fuel consumption.

The Golf, Scirocco and Polo

By early 1970, Volkswagen had no option but to get rid of the aging Beetle with new models. The company was able to bring a new model into the market with the help that came from Audi Union that had been brought by the Volkswagen Company back in the sixties. They came with the knowledge for the front-wheel type of drive vehicles and water-cooled engines.

The first Golf rolled out of the factory’s door in 1974 and becomes an instant hit. In United States and in Canada, it was introduced to the market as the Rabbit and it was a landmark that put Volkswagen back in the market. Still in 1974, a sportier model, the Scirocco made its way to the market courtesy of Volkswagen. Later, the German car manufacturer introduced the Polo which was also popular throughout Western Europe.

Volkswagen, in 1980’s was seen trying to make improvements on most of their products, especially with the new generations of cars and also expanding their dominance by taking over the Seat which is a Spanish automobile manufacturer with its head Office in Martorell, Spain. It was founded on May 9,1950. It is now a currently wholly owned subsidiary of the famous Volkswagen Group. Czech-based Skoda Auto was also taken over by Volkswagen. Skoda, an automobile manufacturer was founded in 1895 headquarter in Mlada. The company became a wholly owned subsidiary of the Group in 2000 specifically to fill the role as the group’s entry brand.

As the year 1990 approached, Volkswagen introduced an Audi that became a competitor for the Bavarian Motor Works (BMW) and Mercedes Benz. BMW is part of the “German Big 3” luxury automakers along with Audi and Mercedes Benz, which are now the three best-selling luxury automakers in the world. This left a vacuum in the market which Volkswagen tried to fill. More companies also tried to tap the new market gap and eventually, new, luxury models came up like the Touareg. 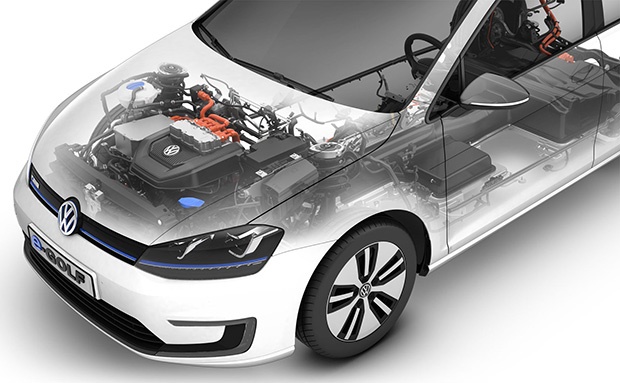 In 2013, the Volkswagen XL1 turned out to be the most fuel-efficient production car all over the globe, with a claimed fuel consumption of 261 mpg (0.90 liter/100 km).The e-up is the new electric version of Volkswagen’s multi award winning city car. Lately, the e-Up comes with three driving modes that gradually reduce power and electrical sytems. It has a supercharger that charges the battery to full in one and half hour. The E-Golf uses a 7.2 kW onboard charger. Recently the e-Golf does not incorporate the heat pump system as it uses more battery energy. The latest version of Volkswagen e-Golf is offered at a hire price of £147 and 668 units have been sold in USA.

The e-up is the new electric car version of Volkswagen’s multi-award-winning city car. The e-up has all the attributes that make its petrol-powered sibling such a success – room for four adults and their luggage, nippy handling and the equipment and feel of a much larger car.

Find out about the Volkswagen’s e-up and also the VW e-golf.